Amanda Palmer: The Art of Asking 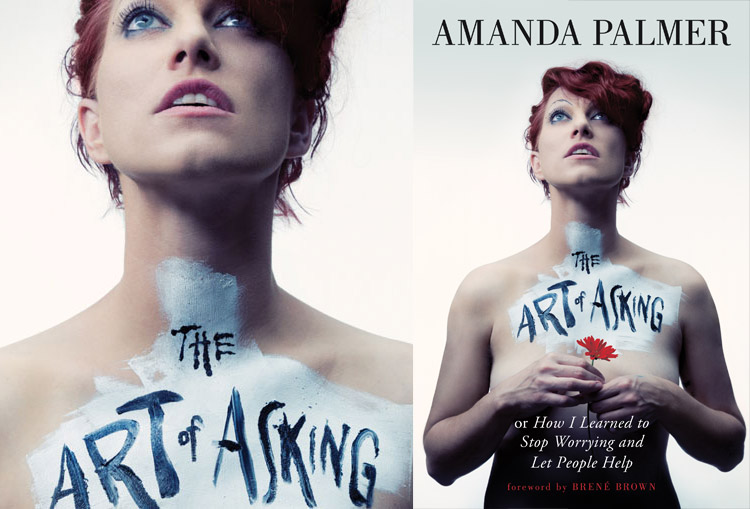 Amanda Palmer teamed up with photographer Allan Amato, alongside artists from the Temple of Art, to create a multimedia book cover for Amanda’s Art of Asking.

Rather than go the traditional route of photoshop, Amanda decided that the typography needed to be created in camera. David Mack was tasked with sketching up some initial concepts for the shoot, and we invited over artists Jason Shawn Alexander, Christine Wu, Jim Mahfood, Soey Milk, Roman Dirge, Zak Smith, Satine Phoenix and Stephanie Inagaki to lend their style and skill to the realization of the idea.

What followed was a slightly chaotic scene with artists painting on Amanda, who then wildly jumped into front of Allan’s camera for a few minutes before showering and beginning all over again. These behind the scenes photos capture a little of the epic mayhem of the evening.